Support those whose voices are suppressed

Every night, there are 450,000 human beings awaiting trial in U.S. jail cells solely because they cannot make a payment.  We challenge wealth-based detention and promote anti-carceral alternatives to human caging that are less restrictive, more effective, and grounded in holistic community engagement and empowerment.  Our work has freed tens of thousands of people from jail cells, helped to elevate the issue of money bail into the popular consciousness, and is setting precedent that will forever change the bail-setting process in the United States

In 2017, Civil Rights Corps filed a landmark federal class action lawsuit challenging the unconstitutional money bail system in New Orleans.  Each of our clients was jailed because she could not afford to pay a money bond after her arrest.

Civil Rights Corps is supporting legislation that would create an independent office to provide legal services to poor people in the Texas prison system who are charged with crimes.

We are litigating a landmark challenge to the unconstitutional money bail system in Calhoun, Georgia. Our client, Maurice Walker, was jailed for six days solely because he could not pay money bail after arrest for being a pedestrian under the influence.

In January 2018, Civil Rights Corps sued Dallas County, challenging their policy of detaining impoverished individuals charged with misdemeanors and felonies for days and weeks without ever seeing a judge.

In February 2018, the Atlanta City Council voted to end wealth-based detention in Atlanta's Municipal Court as a result of a campaign we led in partnership with Southern Center for Human Rights and Southerners on New Ground.

We filed a lawsuit challenging the unconstitutional money bail system in Cook County, Illinois. As a result of this litigation, there are, on average, 1500 fewer people in the Cook County Jail each night.

Civil Rights Corps is supporting partners in Ohio to pursue bail reform, starting with a court rule that could change how Ohio sets bail.

In August 2017, Civil Rights Corps moved to intervene in a federal class action lawsuit against officials in Cullman County, Alabama who operate an unconstitutional bail system.

We're challenging the discriminatory money bail system in Hamblen County, TN. This case seeks to hold accountable the actors who are making these unconstitutional decisions and by doing so, begin addressing the county's jail crisis in the right way — by reducing the Hamblen County Jail population and ending assembly line wealth-based detention.

Every night in this country, hundreds of thousands of people languish in jail for that very reason, because they cannot pay money bail. Along with partners around the country, we have challenged this unconstitutional system through federal lawsuits

We filed two class-action lawsuits against the City of Houston and Harris County, Texas, for illegally detaining thousands of people every year for extended time periods after arrest in violation of the Fourth Amendment.

Working closely with the Clark County Public Defender’s Office, Civil Rights Corps is challenging Nevada’s use of money bail without consideration of a person’s ability to pay. nnn

In January 2018, the California Court of Appeal granted a writ of habeas corpus to our client, 63-year-old Kenneth Humphrey and, in the process, wrote a thorough opinion that revolutionizes bail setting in California.rn

In January 2019, Civil Rights Corps joined a lawsuit challenging the unconstitutional money bail system in St. Louis, Missouri. This lawsuit was filed in partnership with ArchCity Defenders, the Advancement Project, and the Georgetown Institute for Constitutional Advocacy and Protection (ICAP).

Ending the Criminalization of Poverty

Our criminal legal system is an assembly line that normalizes modern debtors’ prisons and that uses the mass processing of criminal cases to generate revenue on the backs of the poorest people in our society.  We fight the systemic criminalization of poverty in all of its forms.

Civil Rights Corps, in partnership with ArchCity Defenders and the Saint Louis University School of Law Legal Clinics, reached a landmark settlement for impoverished people who were illegally jailed in Jennings, Missouri.

We recently announced a landmark settlement in a first-of-its-kind class action case in federal court against Rutherford County and PCC, Inc., a private probation company that made millions of dollars by exploiting the poorest people in Rutherford County.

Civil Rights Corps filed a landmark challenge to the City of Ferguson’s conversion of its legal system into a mechanism of revenue generation, by charging poor arrestees astronomical fees and jailing them for their inability to pay.

These two cases challenge the Tennessee laws that suspend driver's licenses for nonpayment of traffic debt and revoke them for nonpayment of court debt. These suspensions have prevented poor families from accessing the necessities of life. nn

This case challenges the unconstitutional racketeering enterprise that facilitates the transfer of millions of dollars in wealth from the poorest people in Oklahoma to a private debt-collection company, the police, and judges.

In Louisiana, the judges who collect fines and fees from poor defendants depend on that money to fund their own budgets. We filed suit in against the New Orleans for jailing thousands of people each year who can't pay these fines and fees. 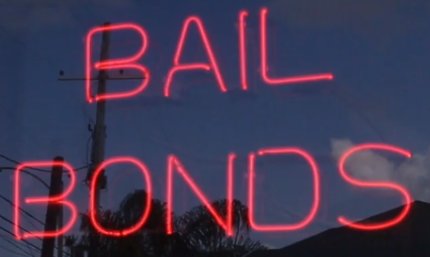 Our work challenges pervasive abuses of power by criminal prosecutors, judges, police, and other system actors. We create accountability for officials who have historically acted with impunity and we change entrenched narratives about the purposes and effects of the punishment bureaucracy. This portfolio replicates what Civil Rights Corps has done with modern debtors’ prisons and the money bail system: we use rigorous, innovative litigation; advocacy centered on directly impacted communities; and storytelling to change the legal discourse and cultural narrative around long-settled and entrenched norms that created and that perpetuate our country’s era of mass human caging.

Civil Rights Corps sued three police officers from Pasadena, TX, for wrongfully arresting a man and lying to Court officials to cover it up.

We challenge a diversion program that charges hundreds of dollars in fees to low-level marijuana offenders, trapping poor people in cycles of debt.

The Prosecutor Project's initiating piece of litigation, this lawsuit seeks to end the unconstitutional deception and jailing of crime victims and witnesses by the Orleans Parish District Attorney’s Office.

Officers of the Metropolitan Police Department (MPD) in Washington, DC routinely employ false statements and omissions to obtain search warrants that are plainly unsupported by probable cause. MPD officers then execute those warrants using excessive force, physically assaulting people, damaging their property, and endangering lives. This is an egregious constitutional violation so we challenged the systemic misconduct and recklessness of the MPD in obtaining and executing search warrants.