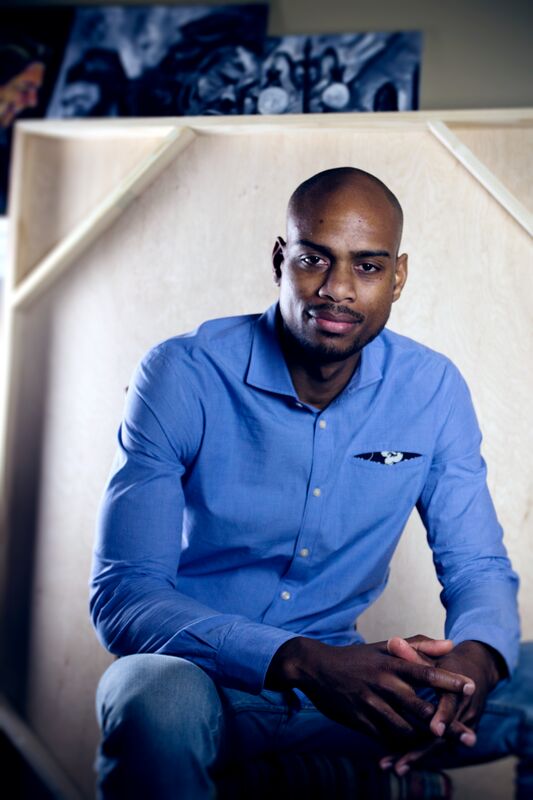 Omari Booker began his journey as an artist his senior year of high school at Montgomery Bell Academy. There he realized his gift for visual art and like most true artists, the path to developing his talent has been anything but linear. It has taken him through various disciplines and institutions including Belmont University, Middle Tennessee State University, and Tennessee State University. As he studied Mathematics and other more traditional curricula he finally focused on studio art and graphic design earning his B.S. in Graphic Design from Tennessee State University. Omari is currently the curator and artist in residence at Woodcuts Gallery and Custom Framing.

Omari’s work has been influenced by masters such as Vincent Van Gogh and Salvador Dali as well as, modern artists like Charles White and Jacob Lawrence. A consistent affinity for realism is apparent in his work, while abstractions can also be found. Oil paintings are Omari’s predominant medium, but mixed media including charcoal, ink, and found objects are essential building blocks of his work, and are used to create finished pieces.

Omari takes a process-oriented approach to his art, embracing it as a therapeutic modality through which he is able to express his passion for the freedom and independence that the creative process allows him to experience. His art is his personal therapy, and his desire is that those viewing it will have personal experiences of catharsis. The philosophy that undergirds Omari’s work is FREEDOM THROUGH ART and he aspires to create work that communicates to his audience their unique and intrinsic ability to be free.