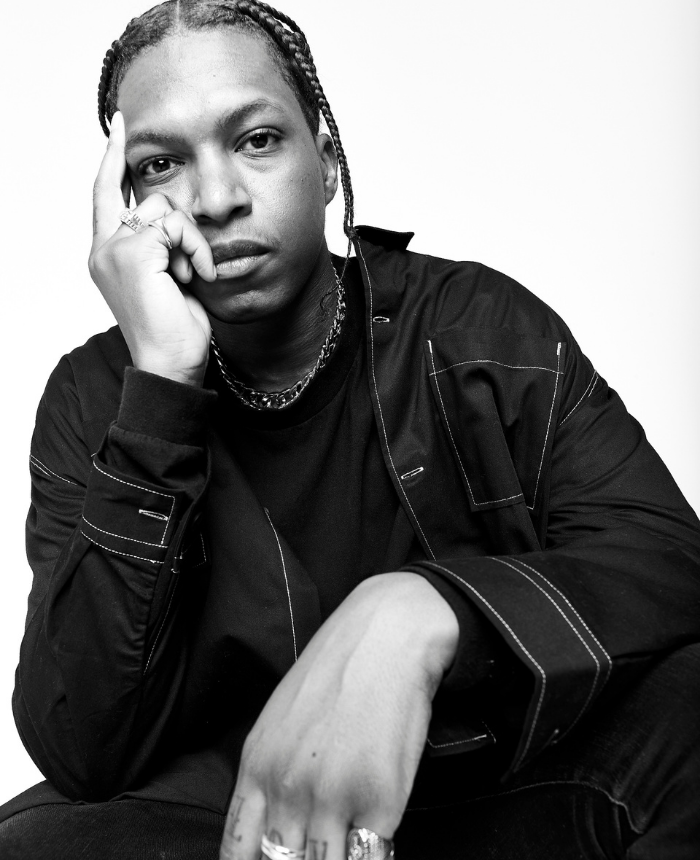 At home, it was Miles Davis, Duke Ellington, James Brown, and Parliament-Funkadelic. Dad was a trumpet player. Well, more than that. Dad was, and is, Rod McGaha, one of those virtuoso musicians whose talent and musicality simultaneously inspires and frustrates. He’s good enough to make people want to play or make players want to quit.

Floss wanted to play. He picked up the trumpet at age five and landed in the famously vivacious horn section at Nashville’s Pearl Cohn High School. In the Pearl Cohn marching band, Floss obsessed over the way that different parts and different motions came together to form one powerful, breathing thing. But he also obsessed in finding a way to become another powerful, breathing thing. Second-hand microphone. Outdated computer program. They were enough for Floss to make his own rhymes, and to preserve syncopated, rhyming versions of his own story, his own powerful, breathing thing. Primed to rap over a Yo Gotti beat at a school talent show, he spit acapella instead and brought the school down. By finding something that was his own, he removed himself from the competition.

On to Tennessee State University, a hotbed of black culture in the South, in the middle of a Nashville where R&B and blues have always thrived alongside the more famous but no less potent sounds of the Grand Ole Opry. Jimi Hendrix played on Jefferson Street, steps from Tennessee State. So did Etta James, B.B. King, and Bobby Blue Bland. At TSU, Floss was surrounded by hustlers of creativity. “There was Key Wane (Drake, Wale, Big Sean) making beats in the dorm room, and now he has a Grammy from Beyonce,” he says. “Everyone that’s running the scene here now was there then. Black Rob (a Nashville promoter and club owner), DJ Crisis, Zach Boog, and Ducko (OG Maco, ASAP Ferg, YG) were all around.”

Floss garnered national attention when John Gotty from seminal hip-hop blog The Smoking Section saw him at a grimy little club called The End. “What really capped it off,” Gotty said, “is a line where he referenced TSU students spending refund checks to be fresh, and this crowd composed of kids from all the local colleges loses it. In that moment, he presented himself as Every man that so many of us could relate to.”

Floss headlines clubs, and opens for the likes of Pusha T, Wale, Yo Gotti, Big K.R.I.T., and Future. He’s played primetime during the Billboard Music Awards, featured in an ad for the streaming service Tidal. He has also had his song Kerosene premiered by Beats1 Radio on Apple Music and generated over 4 million plays on Spotify. The disruptive anthem “Take Yours” from Floss’ Tennessee Daydreams was produced by the co-producers of Drake’s “Draft Day” multi-platinum-selling, Grammy-award-nominated producer Syk Sense (Travis Scott, Kendrick Lamar, Bryson Tiller) and Ducko McFli (Migos, Lil Yachty, 2 Chainz).

Floss reflects on the making of “TAKE YOURS”, “I pulled up on Syk Sense to work on the album and “Take Yours” was the first track we made. The beat wasn’t even created yet, I just heard him scroll across these crazy horns and I started screaming the melodies into the mic. Syk instantly caught the vibe and started crafting the skeleton to the beat, we knew it was special.”

Since then Floss has played the Jay-Z headlined Meadows Music Fest, Sloss Fest, Colleges (including the Ivy League Cornell University alongside Playboi Carti), and most importantly to Floss he has cemented himself as Nashville’s premier up and coming hip hop artist with more music, collaborations, and content on the horizon.